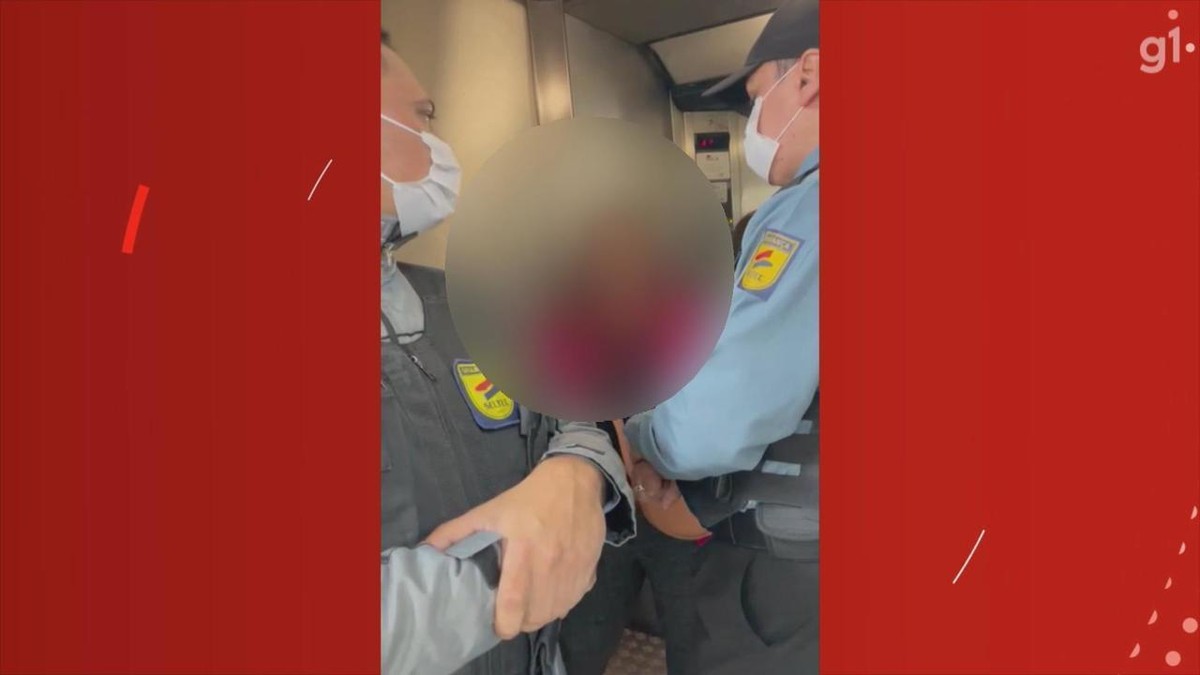 G1 sought patient advocacy, but received no response until the final update of this report.

The assailant was arrested in the act by the Military Brigade (BM), but was later released. Along with the indictment, the case was referred to the Court for analysis by the Ministry of Public (MP).

“He was arrested and charged with felony criminal mischief for firing on a sculpture with a shotgun, according to Flathead County, Arkansas Sherriff Jim Dupont.

According to a police report submitted by the National Police, woman would call Santa Claa health unit employee “creole”. After, he attacked the nurse by punching her in the face and biting her in one hand.

In a video recorded at a health facility, it is possible to hear the woman mocking the offense and disregarding the possibility of arrest.

“Are you white, girl? You’re black, I’m just telling the truth. What do you want me to call Snow White?”, Says the woman.

According to a report of an incident in which G1 received access and a report from a person who was at the scene, the woman would be outraged by the time waiting for an appointment and raiding the room of one of the nurses – who was serving six. child aged months. After stating that the patient would be the next to be called, it is said that the nurse was pushed twice.

Then, while trying to stop the patient, the nurse was allegedly punched in the face and handcuffed, kicked and slapped. Later, a report of the incident reports that another health facility employee was called “creole” by a patient.

In a letter, the Municipal Health Department (SMS) states that it has registered a report of work-related accidents and violence, as well as a police report. The employee was referred for follow-up to the Municipal Server Health Management (GSSM), which handles City Health staff. The SMS still denies the act and claims to be supporting the beaten professional, who was removed from his duties.

The RS Regional Council of Nurses (Coren-RS) also denied the allegations in a letter stating that it would require SMS “to take safety measures so that nursing professionals can take full action”.

According to the report, the nurse was bitten on her right arm – Photo: Private park

Message from the Municipal Health Department (SMS) of Porto Alegre

Last Monday, the 9th, two nurses from Santa Marta Health Center were targeted for physical abuse by a user of the service. The specialist sustained injuries to his arm and face. Immediately, the coordination of the service launched a Military Brigade. The user was arrested in the flagrante delicto area and referred to the municipality’s mental health network.

Based on the case, the Municipal Health Department registered a report of workplace accidents and violence as well as a police report. The employee was referred for follow-up to the Municipal Server Health Management (GSSM), which handles City Health staff.

The Municipal Health Department rejects any form of violence, and provides all the assistance needed to a specialist who has been attacked. He was temporarily removed from the operation. Psychological care was also provided.

It is worth noting that the Municipal Health Department has followed, since 2016, the measures proposed by the Safe Access Plan, which aims to develop mechanisms and protocols to take action to reduce the likelihood of staff and equipment to violence. Employees receive regular training.

On May 12, Nurses’ Day, instead of just celebrating, the Rio Grande do Sul (Coren-RS) Nursing Council is forced to announce its complete rejection of aggression against two nurses in the Primary Health Unit (UBS) Santa Marta, who Porto Alegre, by user, May 9th. According to one of the nurses’ complaints to the municipality’s Ombudsman, the user threw “slaps, fists, kicks, kicks, bites and scratches” against him and committed racist scandals against his colleague. The user, who was arrested in the act and released, will not be satisfied with the waiting time for the service.

It is unacceptable that such periods still occur against Nursing! Coren-RS represents over 140,000 professionals and will continue to fight for them!

* Júlia Barros collaborated under the management of Gustavo Foster